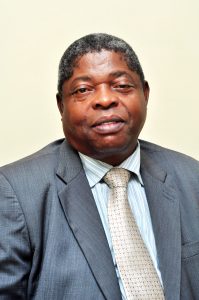 Mr. Ajayi became an Associate of the Institute of Chartered Accountants (ACA) in 1983 and became a Fellow of the institute in 1993. He started his career as an Accounts clerk in Lagos University Teaching Hospital and rose to become an Executive Officer, Accounts in 1979. He joined Peat Marwick Ani Ogunde & Co. in 1980 as an Audit clerk and left the place as a Supervisor in 1986 when he took up employment as a Cost and Management Accountant in Nigeria Textile Mills. He later became the Chief Accountant/Company Secretary of Nigeria Record Manufacturers Ltd where he resigned to become the Managing Partner in Abiodun Ajayi & Co., a firm of chartered Accountants. He was appointed the National Treasurer of Foursquare Gospel Church in Nigeria in November 2003. Presently he works as Chairman of Foursquare Pension Scheme and Foursquare Financial Solutions.